A chat with Ben Surman, king of meat in Port Augusta and star of his own cooking show, Outdoor Butcher BBQ.

From the day Ben Surman was born, the path for him to become a butcher was right there waiting for him. His father was a butcher, as was his father before him. In fact, through three generations the Surman family has occupied the Port Augusta Meat Store and have helped build a solid reputation there for quality meat..

Although his family tree would suggest he’s primed to be a butcher, Ben is proving that his skills aren’t limited to his profession. Evidence of this came when in January 2020, when Ben set out to try something new. Armed with a camera phone, some bourbon (for the nerves) and a very patient partner, Ben created his first video for Offroad Butcher BBQ, a YouTube channel dedicated to barbecuing.

“I’ve always been involved with food. From a young age I was cooking roasts with Mum and Dad outside. My Nan worked in a lot of pubs across Adelaide. Then I sort of stumbled into the whole barbecue thing about 7 years ago, then after hurting my back a couple years ago and needing something to do and then the obsession started,” Ben explained.

“Offroad Butcher BBQ was inspired by another local BBQ page. The bloke who ran it told me one day; you’re a bit of a laugh, maybe you should give it a go. And it just went from there. I didn’t really expect for it to become as popular as it has.”

Ben uses his platform to teach viewers about proper barbecuing technique, all while having a laugh along the way. Some of his popular cooking tutorials include pastrami ribs, cheddar and jalapeno meatloaf and Texas twinkies (they’re as cool as they sound).

In his most recent video, Ben took our Tip Top Potato Bun and used it for a quick and easy ‘Smash Burger’ recipe. In this video it is easy to see why people appreciate his work, character and barbecue expertise. Like all of his videos, he takes viewers through the cooking process step by step (check it out here). We asked Ben what’s the secret behind a good old-fashioned burger on the barbie.

“When it comes to the protein, getting the right fat to meat ratio is important. People can overlook this sometimes, adding breadcrumbs and all the rest to the mince. Less is more a lot of the time with the patty. Getting quality meat is important as well. Go for grain fed if you want more of a buttery taste.”

“Be brave with your toppings, but don’t get weird. I like to take simple ingredients and make them interesting through fermentation and stuff like that.”

“As for the bun, I need them to be a consistent size. Pre-cut as well because I can’t seem to cut bread straight. Then the other thing is how they toast on the hotplate. I’m really loving the Tip Top Potato Buns as they cook to a nice gold colour. Whereas other brands that  have enriched doughs, which burn too quickly on the hotplate.”

Ben has enjoyed the challenges that come with hosting his own cooking show and plans to take it even further now that he’s found his feet in-front of the camera.

“I’m currently trying a few new things. I’ve catered a couple of events now and would like to keep that up.”

“It’s never been about the money. I just like going out, talking shit and making people laugh. It’s mostly about helping people while I do something that I love.” 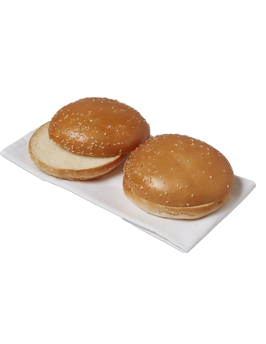 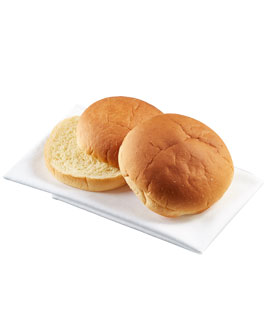 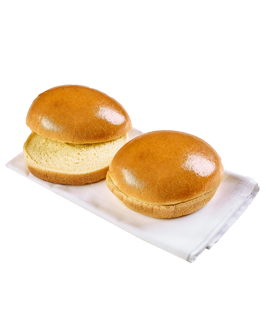 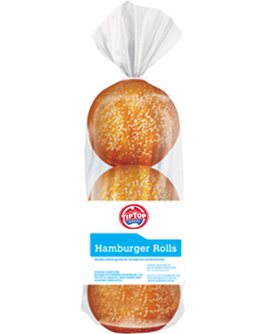 Stay up to date with recipes and news from Tip Top Foodservice by signing up to our monthly newsletter, designed to help you and your business.